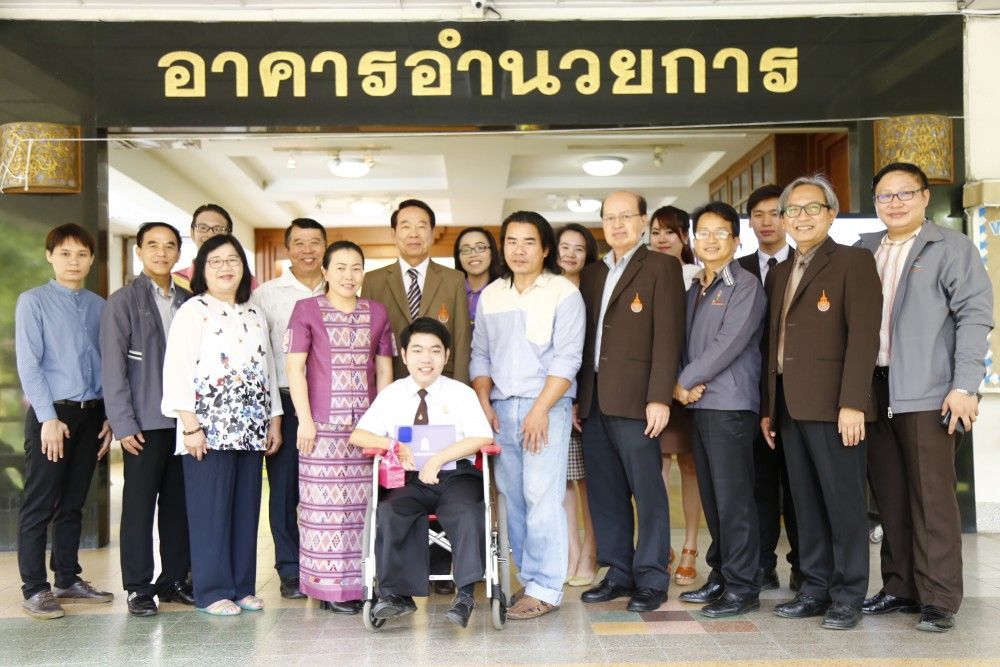 Her Royal Highness Princess Maha Chakri Sirindhorn, a representative of the King gave the Royal Aawards to Students Royal Award in 2016 at Dusidalai Hall, Dusit Palace. Mr.Prompat Chotsiradanan, a student in Visual Arts of The Faculty of Arts and Architecture, RMUTL he received the Student Royal Award in the part of Physical disability. This year, there were students and educational institues were considered to receive the Royal Awards around 340 persons on 29th July, 2016 and Assoc. Prof. Dr. Numyoot Songthanapitak, President of RMUTL along with teachers showed their gladness to this occasion.

Mr.Prompat said that “This Royal Award is the highest honor award for me. I want to say thank you to everyone who support me both teachers, executives, all friends in my faculty and the most important thing is this university that gave me the opportunity to study and participate in university