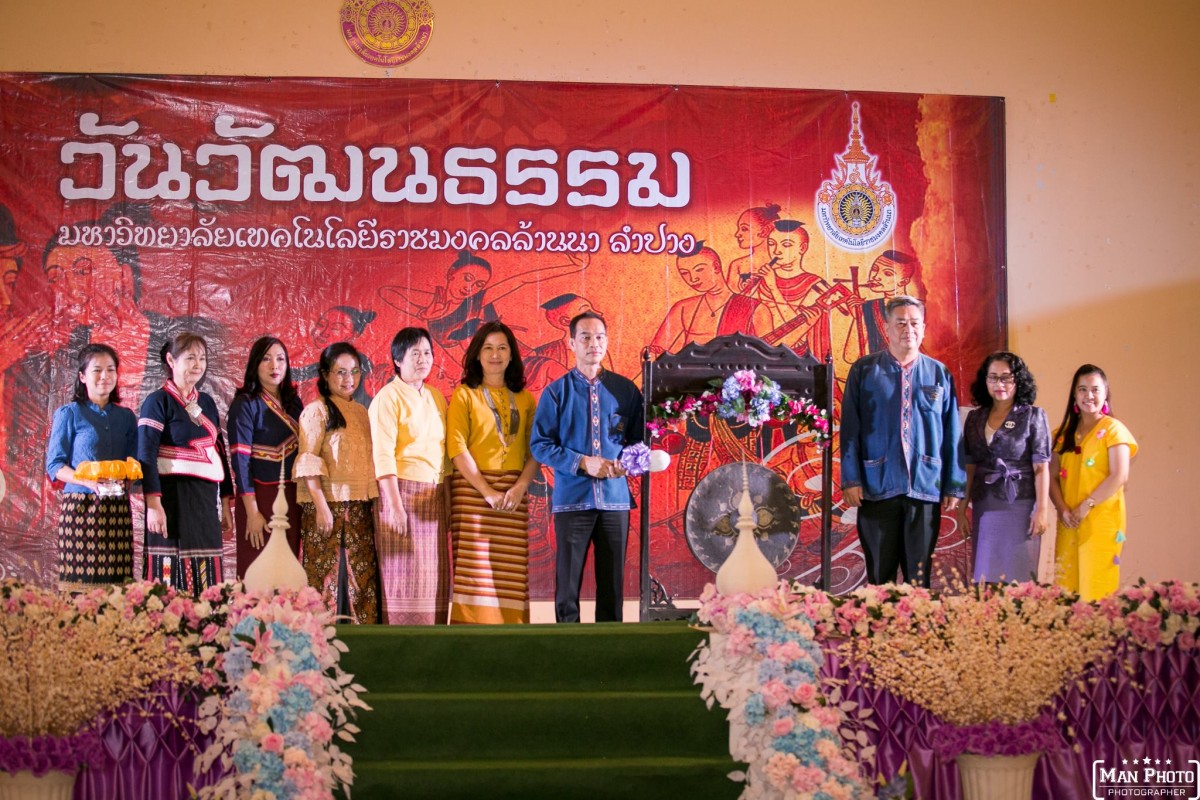 “Culture is considered the way of life of people in a society. It can be how people eat, live their life, dress up, work, relax, express feelings, communicate, drive, form a group and include life principles. These ways of life have been passed from generation to generation and might be changed by time and conditions”.

In an era where culture has been rapidly changed along with advanced technology, this might cause traditional culture to fade away. The Cultural Studies Center, Rajamangala University of Technology Lanna (RMUTL), Lampang is aware of the importance of preserving art and culture. To raise  awareness, a Cultural Day was held to promote Thai arts and culture among the RMUTL students and alumni, as well as the public.

Ms. Nittaya Eakbang, a lecturer and Head of the Cultural Studies Center said that the Cultural Day is an annual event and this year was the 14th Cultural Day.  It aimed to open a forum for students to present their work on the conservation of arts and culture. In addition, this event was an integration between each subjects in the program and the preservation of arts and culture. During the event, there were fairs, a ‘Kad Mua’ market, local wisdom exhibitions, local dessert demonstrations and local costume fashion shows. There were also a variety of contests, such as local folk songs, hill tribe exhibitions, a northern style spicy pork salad contest and Thai cultural performances.  A great number of participants attended the event.

Ms. Kotchakorn Kumphud, a student from the Landscape Technology program who participated in the event said that the Cultural Day gave an open forum for the students to demonstrate their abilities. She also had an opportunity to learn culture, make new friends and work with students from other majors. She was impressed by the activities held at this year’s event.

Culture is a thing which reflects the value and lifestyles of a community. It can be expressed through patterns and various methods. For example, forms of lifestyles, customs, wisdom, arts and performances. The Cultural Day is an activity which cultivates consciousness and stimulates the students and staff in the university to be aware of the conservation and restoration of cultural heritage.