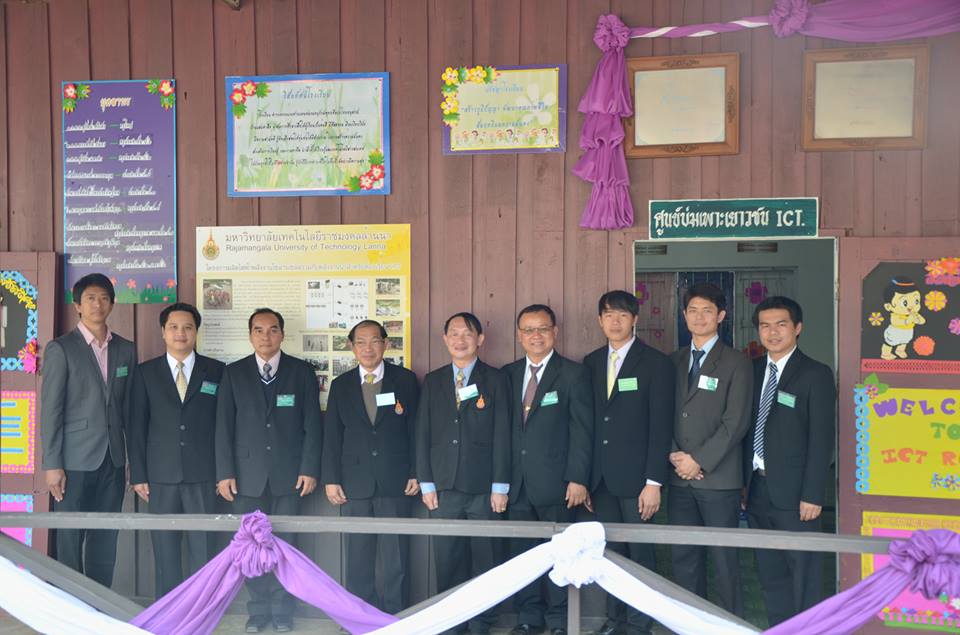 At the meeting Ajarn Sakorn Punta, Head of Electrical Engineer Division, reported on the progress of “The Project of Solar Cell Power Generation in Addition to Hydro Power” for ICT classroom which was built by Rajamangala University of Technology Lanna, Chiang Mai campus.

The project, cooperated with Rajamangala University of Technology Lanna, will lead to community research, parted with educational organization, and gives an opportunity to student in undeveloped school continually.