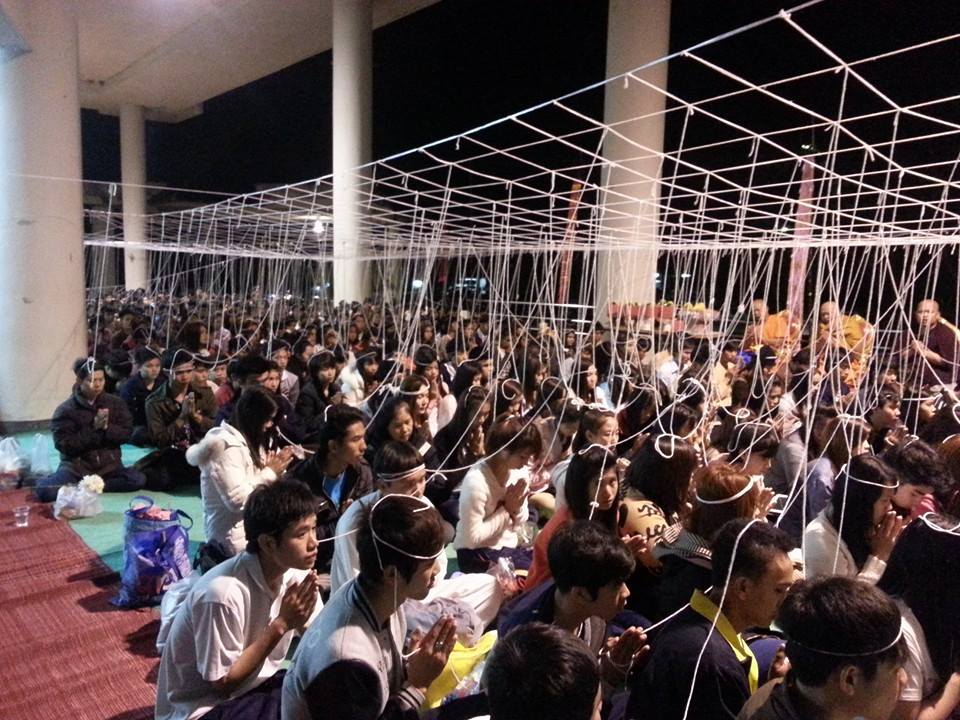 Peng-pud or Midnight alms is held on Wednesday before waxing 15 which is the Lanna tradition that derived from Burmese culture. It was a belief that the Oupakud who was the Buddhist saint kept the Buddhist percepts at the whirlpool. He would make alms giving at dawn once a year. So Burmese would prepare food for the monk at night. Lanna people believe that Oupakud would transform into novice and make alms giving at midnight. Therefore, Lanna people will prepare food for alms giving after midnight. It is a belief that whoever offers food to Oupakud will have a good fortune.  People will offer food to the monk at midnight on Wednesday which is a full moon day. This tradition which is held once or many times a year is found in the upper Northern part of  Thailand such as Chiang Rai, Chiang Mai, Lampang, and Mae Hong Sorn.