RMUTL Architecture’s students won the prize in the topic of Gateway to Lanna Heritage. 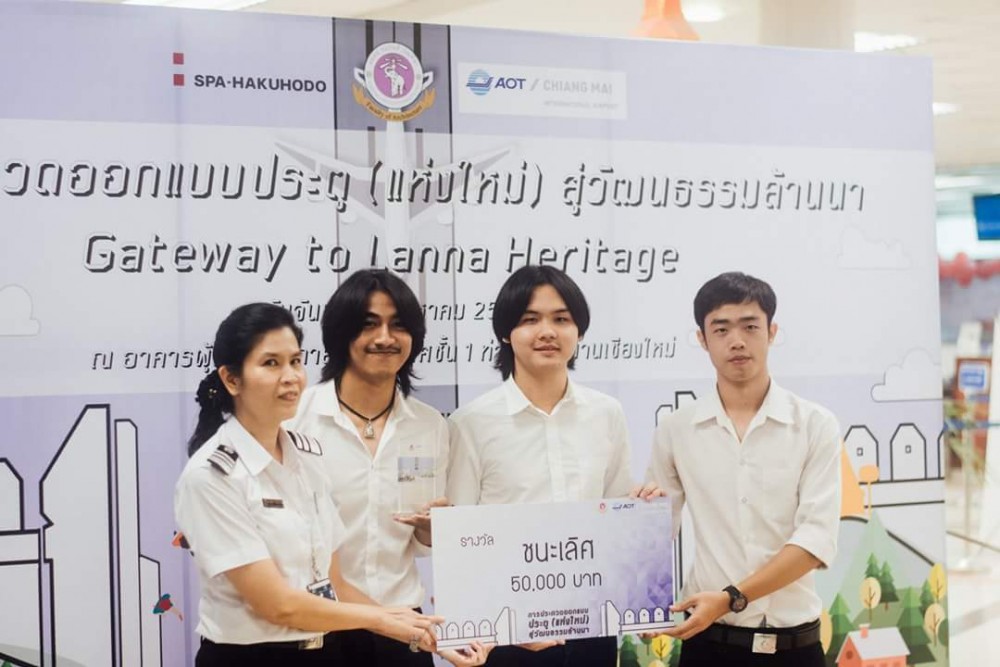 RMUTL Architecture’s students, RMUTL won the prize under the topic of Gateway to Lanna Heritage of the project of Chiang Mai International Airport in landscape design contest. Chiang Mai International Airport ,  Airports of Thailand Public Company Limited (AOT) along with The Faculty of Arts and Architecture, CMU provided this contest to promote  Architecture’s students to help they can improve their learning, skills, abilities and became a part of the project in landscape design for Chiang Mai International Airport which it liked to open the door to Lanna . Something that can create the most clearly senses and touches was the sight seeing overview or landscape and the passengers or the tourists can touched it when they visitted to Lanna city. This contest  was a part of students’contest and was attended by The Educational Northen Service Area in 29 works and the committees chose 5 works that corresponded to the topic, beautiful and creative. There were 5 final team that need to brought their idea to be model and showed it in the frist floor of Domistic Terminal and found the Popular Vote by using the votes from the passengers and the customers. The result of this contest informed that Plan A team included Mr.Kantapat Popapapan, Mr.Tachapol Jaikum and Mr.Kunakorn Teerathititham, first year students of The Faculty of Arts and Architecture, RMUTL were the winner and won the prize money 50,000 baht. Another team, Banat Design team included Miss.Bawornrak Pussadee, Miss.Nuttaporn Pitak and Miss.Thitima Wongsatan got the consolation prize and prize money 5,000 baht. Eventually, these works that won the prize, it’s going to improving and developing and bring to be the real construction.